The Rafto Prize 2019 is awarded Rouba Mhaissen, director of Sawa for Development and Aid (SDAID), for defending human rights from the local to the global level for people living as refugees

Globally, it is estimated that 70 million people are displaced, the vast majority residing in lower-income countries. The refugee system set up after the Second World War is unable to protect the people forced to migrate and millions of refugees are left in limbo, lacking any meaningful protection and human rights. The rights of refugees and other migrants are routinely disregarded and violated when they are pitted against the interests of citizens and national governments.

Rouba Mhaissen has contributed locally to improving the lives of people living as refugees in Lebanon in ways that protect their dignity and right to self-determination. At national and global levels, Mhaissen stands out as a relentless and powerful defender of the human rights of refugees. The Rafto Prize 2019 underscores that everyone, not only citizens of nation states, is entitled to legal protection and basic human rights.

“Talk to us, don’t talk about us and do not speak in our name”

Dr. Rouba Mhaissen (31) is a Syrian-Lebanese economist, activist, community mobilizer and development practitioner who works on forced migration and the Syrian refugee crisis. She is the founder and director of Sawa for Development and Aid, and an outspoken defender of the rights of people living as refugees. Her relentless demands for human rights for all refugees have been heard in international fora. Through her advocacy for Syrian refugees in Lebanon, Mhaissen underlines the importance of treating refugees and other migrants with dignity and as people with the right to form their own lives and destinies:

Since the beginning of the Syrian civil war in 2011, the Lebanese government has maintained open borders for Syrian refugees. The early arrivers were allowed to work in certain sectors of the economy, despite being exposed to expensive fees for work-permits, marginalization, and limited freedom of movement. But as the civil war endures, the refugees’ situation has become precarious. The demographic, political, and economic balance in Lebanon is fragile as a third of the local population lives below the poverty line and one out of four are refugees. Lebanese authorities routinely blame the country’s hardship on the refugees, and the economic crisis has further increased the suspicions of refugees.

In this increasingly volatile situation, the Lebanese government has begun emphasizing return-policies toward Syrians living in Lebanon, through a combination of restrictive policies and rampant discrimination. Unlawful evictions, harassment, intimidation, and attacks on refugees leave many with no choice but to return. Upon their arrival in Syria, many have faced arbitrary arrests, interrogations and torture. For Syrian refugees, both residing in Lebanon or returning to Syria represent impossible “choices”.

The Rafto Prize 2019 is a call to protect human rights for all, irrespective of our legal status. We call upon all countries, international agencies and non-governmental organizations to jointly take responsibility to provide humanitarian aid in acute and chronic crises and to work toward an international system of shared responsibility for refugees and other migrants.

In particular we call upon affluent and democratic states to show responsibility of safeguarding people living as refugees. The current international neglect of the human rights situation for people living as refugees must stop: In the short-term this means financial support, in the long term assisting resettlement and facilitating return or local integration.

INFORMATION FOR THE PRESS:

Rafto Prize Laureate Rouba Mhaissen will be available for comments on 26th September, from 10.00 am (CEST). Contact details will be provided on request to press contact Kristine Gabrielsen, tel: + 47 47756971 / Kristine.gabrielsen@rafto.no

Maja Janmyr, Professor at the Norwegian Centre for Human Rights 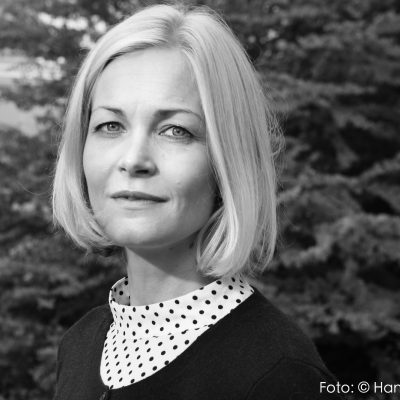