Yanar Mohammed (55), is awarded for her work on behalf of women and minorities in war-torn Iraq.

A great deal of abuse is inflicted on women and minorities in many conflicts around the world today. Sexual violence is often part of battle plans, and Iraq is just one of many places where women’s rights are sacrificed for political and military objectives. Yanar Mohammed works on three fronts to secure the rights of vulnerable groups. She works with local organisations throughout Iraq to teach classes on human rights, and as a journalist she spreads the word about rights and democracy. She lobbies for human rights in Iraq and internationally, building networks and alliances in the struggle against violence, human trafficking and sex slavery. And Mohammed and the OWFI provide protection for victims of abuse committed by militia groups and others.

Mohammed speaks out publicly and fearlessly on behalf of human rights and equality. She challenges the authorities to do more for Iraqi women and is not afraid to point to violations of fundamental human rights locally and internationally.

By awarding Yanar Mohammed the Rafto Prize for 2016, the Rafto Foundation wishes to highlight the serious human rights violations occurring in Iraq, the lack of legal protection that affects women and vulnerable groups in particular, and the crucial importance of providing protection to human rights defenders. 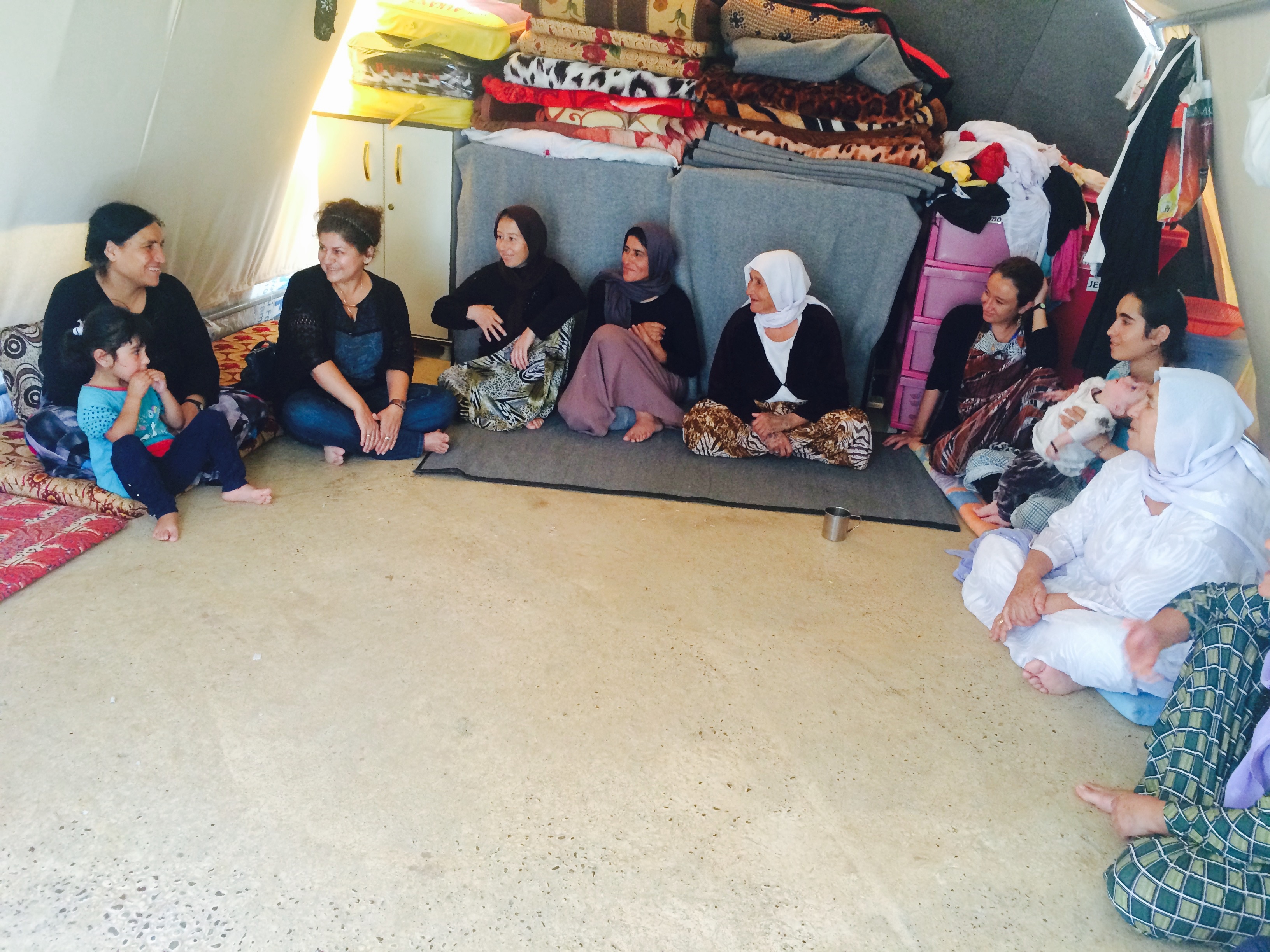 Yanar Mohammed visiting Yazidi women in a refugee camp near the city of Dohuk in Kurdistan, September 2015. Photo: OWFI

Human rights violations are committed by many different parties. IS is one group that has come in for attention, but rights violations are also committed by the Iraqi authorities and groups supported by the international community. Human rights and women’s rights cannot be set aside in conflict; they must be protected. Responsibility for securing basic human rights and enabling organisations to provide assistance to victims of violations lies with the Iraqi authorities.

We call on Norway and the international community to raise human rights issues, and especially issues of women’s rights, in their exchanges with the Iraqi government. These issues must also be taken into consideration when deciding which groups are to receive military support and training, and such groups must be required to respect human rights. In this work, Norway must seek the advice of Iraqi women’s organisations. Women must never again be sacrificed in the pursuit of military victory in the short term.

The Norwegian Foreign Minister has replied to a formal written question raised by a Socialist left MP, and is now offering  NOK 2 million/USD 238 000 to support Yanar Mohammed’s work in Iraq.

Seeking justice behind the numbers
Laureate 2020

Defending the human rights of people living as refugees
Laureate 2018

A fearless voice in a violent country
Laureate 2014

Defender of the rule of law in Russia
Laureate 2013

The inconvenient demand for human rights in the Gulf
Laureate 2012

Defender of the vulnerable and the rejected
Laureate 2009

The brave voice of Nakhchivan
Laureate 2008

Bringing hope for the victims of war
Laureate 2007

Defenders of the downtrodden
Laureate 2006

Defender of the repressed Uyghurs
Laureate 2003

The Sahrawi people's struggle for self determination
Laureate 2001

Rights for women and children under the Islamic regime
Laureate 2000

Protecting the victims of the Chernobyl disaster
Laureate 1998

Advocate for the rights and dignity of the Romani
Laureate 1996

Standing up against the Mafia and organized crime
Laureate 1995

Committee of Soldiers' Mothers of Russia

Promoting independence for the people of East Timor
Laureate 1992

Leading role in reconciling a country torn by war
Laureate 1991

Leading the struggle for democracy in Burma
Laureate 1989

Writing for freedom in a communist dictatorship
Laureate 1989

Founders of a democratic Hungary
Laureate 1988

Reviving the past to liberate the future
Laureate 1987